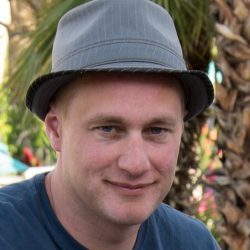 Kristinn Gudjonsson is a manager with the Detection & Response team at Google, where he has been for the last 6 1/2 years. Kristinn joined Google in 2011 as part of the incident response team, investigating and responding to security incidents, before making the move to management, where he now oversees the digital forensics and incident management teams in Sunnyvale, CA. Prior to his management adventures, Kristinn was known to dabble into coding, focusing on tools like Log2Timeline and Plaso.

In his previous life, Kristinn worked as an incident response and forensics consultant in Iceland. Kristinn holds an M.Sc. from Institut National des Telecommunications (INT, now Telecom & Management) school from Paris and a B.Sc. in computer and electronic engineering from the University of Iceland.

In this episode we discuss moving to the US to do DFIR for Google, his start in sys admin and how forensics became his calling, the development of Log2Timeline and Plaso, the DFIR support community, automating as much as you can, moving to management, and so much more

Where you can find Kristinn: