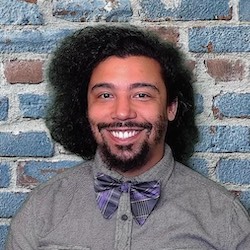 Nato Riley is an Integrations Engineer at Blumira and the Co-founder of Cloud Underground. Nato provides infrastructure, code, and security across all his efforts and is focused on helping Blumira build the most effective and efficient SIEM on the market for small to mid-sized businesses.

He is the host of the “Nato as Code” and the “Cloud Underground” productions on YouTube, the creator and maintainer of the Olympiad platform, and the founder of notiaPoint (now known as Cloud Underground).

In this episode, we discuss starting in technology repairing computers, going to school for public speaking, finding passion in information security, trying too hard to pass certification tests, going out on his own, mentorships, burnout, diversity, and so much more.

Where you can find Nato: