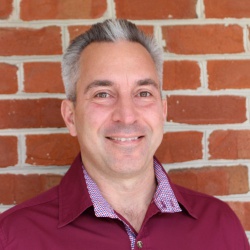 Ron Gula is the President of Gula Tech Adventures. Ron started his cybersecurity career as a network penetration tester for the NSA. At BBN, he developed network honeypots to lure hackers and he ran US Internetworking’s team of penetration testers and incident responders. As CTO of Network Security Wizards, Ron pioneered the art of network security monitoring and produced the Dragon Intrusion Detection System which was recognized as a market leader by Gartner in 2001. As CEO and co-founder of Tenable Network Security, Ron led the company’s rapid growth and product vision from 2002 through 2016. He helped them scale to more than 20,000 customers worldwide, raise $300m in venture capital and achieve revenues in excess of $100m annually. Currently, Ron is President at Gula Tech Adventures which focuses on investing and advisement of cyber-security companies.

In this episode we discuss starting in security in the 1990’s at the NSA, starting Tenable and its growth to IPO, different start-up spaces, where he gets involved in start-ups, advice he gives to founders, what he looks for to invest in, where he sees the cyber security market going, and so much more.

Where you can find Ron: